To the 120th anniversary of Semyon (Simon) Kuznets

As we reported earlier, today the head of the Department of Economics and Marketing, KhNTUA Professor V. Onegina gave an open online lecture on “The scientific heritage of S. Kuznets: the relevance of areas and methods of research over the century.” The lecture was dedicated to the 120th anniversary of the birth of the famous scientist and Nobel laureate, who until 1922 lived in Ukraine and studied at the Kharkiv Commercial Institute.

During the video lecture, Professor V. Onegina told about the life of S. Kuznets and his scientific activity. In particular, the lecturer reminded that S. Kuznets collected and analyzed statistical indicators that characterize the economic dynamics of 14 countries in Europe, the United States, and Japan over a 60-year period. The analysis of the obtained materials allowed the scientist to put forward some hypotheses on various aspects of the mechanism of economic growth: levels and variations of growth rates, the structure of GNP and distribution of labor resources, distribution of income between households, foreign trade structure and so on. In 1971, S. Kuznets was awarded the Nobel Prize for his empirically sound interpretation of economic growth, which led to a new, deeper understanding of the economic and social structure and process of development in general.

Get acquainted with the presentation of V. Onegina can be found here: Semyon Kuznets KhNTUA. 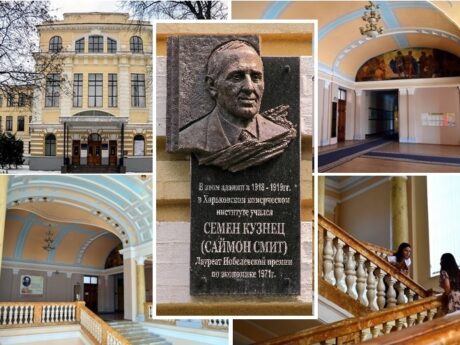