Our growth is 32 positions!

It is nice to note that in recent years our university is gradually improving its position in terms of Scopus, as evidenced by the ratings of universities, which are periodically published by the Internet portal Osvita.ua. The recently published Scopus 2021 rating indicates that the Kharkiv Petro Vasylenko National Technical University of Agriculture has recently risen to 32 positions and now ranks 72nd among 190 higher education institutions in Ukraine (data as of April 19, 2021). KhNTUA ranks 5th among agricultural enterprises, which is also a good indicator.

According to the latest data from SciVerse Scopus, scientists of our university have published 398 publications in foreign professional publications and received 1129 citations, which improved the Hirsch Index by 8 positions. 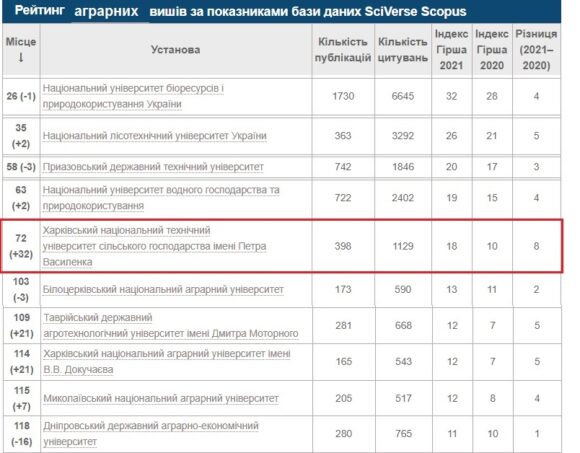 Source: Ranking of universities according to Scopus indicators in 2021 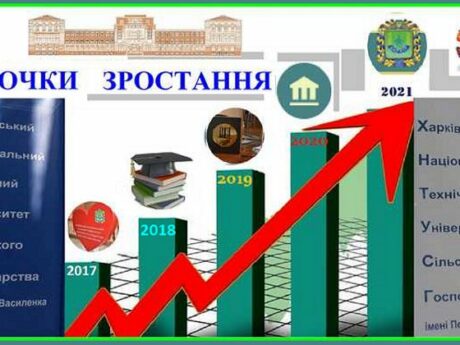