The University Supervisory Board approved the rector’s report

Reporting to the members of the Supervisory Board on his work last year, the rector of the University O. Nanka stressed that it was a very difficult year for both faculty and students. Nevertheless, the university staff managed to ensure its normal functioning and maintain financial and economic stability, which is reflected in the reporting documents. Currently, according to the rector, 5,202 full-time and part-time students study at the university, including 300 foreign students from 21 countries. The educational process is provided by 315 teachers, including 76 doctors of sciences, 56 professors, 181 candidates of sciences, etc. Recently, the teaching staff has been rejuvenated, and currently, the average age of university teachers is 48 years.

Then the rector spoke in detail about the indicators that characterize the activities of the university in all major areas, in particular: educational, scientific, international, economic, etc. O. Nanka also informed the members of the Supervisory Board about the results of last year’s admission campaign, noting that according to the number of applications submitted to the budget, KhNTUA became one of the leaders not only among agricultural educational institutions but also among all universities. In addition, last year the university successfully passed the certification of the international quality system of education and accreditation of some educational and professional programs and intends to expand the number of such programs.

Reporting on the plans for the development of KhNTUA in 2021, O. Nanka stressed that the university plans to expand its educational activities, in particular, at the international level. To this end, the university plans to open a faculty for the training of foreign students. Last year, a representative office of KhNTUA was opened in Istanbul (Turkey), and already 50 students from this country study at our university. In this sense, the Asian and African markets are very attractive for the university.

One of the main directions of the university’s work in 2021 will be to improve research and attract extra-budgetary sources to finance such activities, increase the special fund of KhNTUA, improve ratings, etc.

The discussion of the report of the rector of the university was attended by the Chairman of the Supervisory Board of KhNTUA S. Chernov, members of the Board N. Filatov, academicians of the NAS of Ukraine O. Trishin and V. Kravchuk. In particular, in his speech, S. Chernov thanked the rector O. Nanka and all the staff of the university for their fruitful work and wished further success in educational and scientific activities. He noted the high level of the teaching staff of the university, which, in his opinion, today is one of the best institutions of higher education in Ukraine.

Following the discussion, the Supervisory Board unanimously approved the report of the Rector of KhNTUA on the work in 2020 and took note of it. In turn, the Rector of the University O. Nanka thanked the members of the Supervisory Board for the high appreciation of his work and the work of the entire staff of KhNTUA, calling for further cooperation. 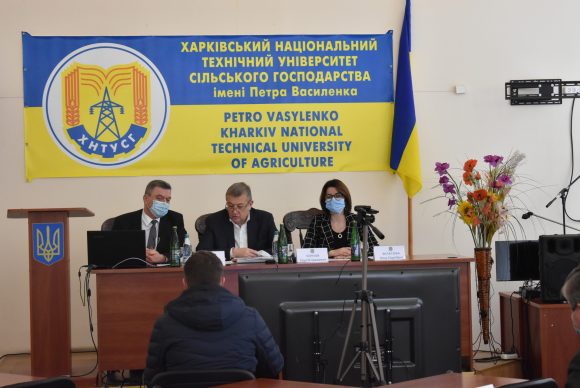 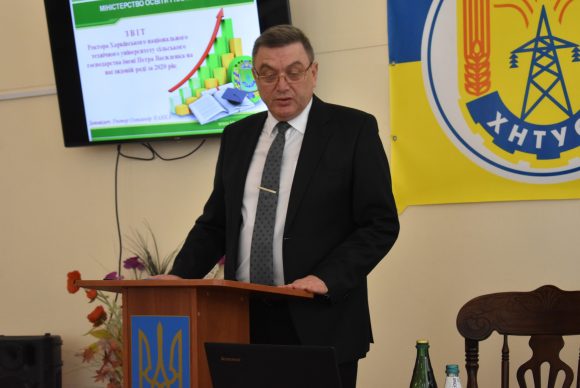 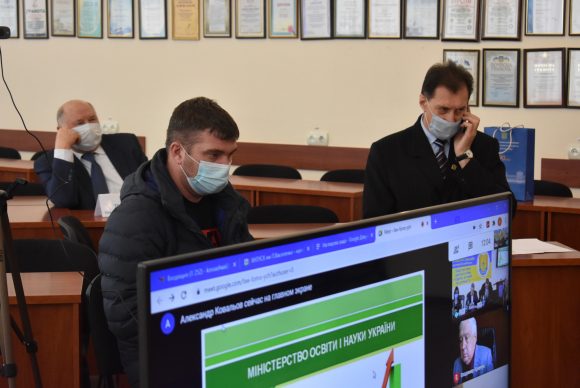 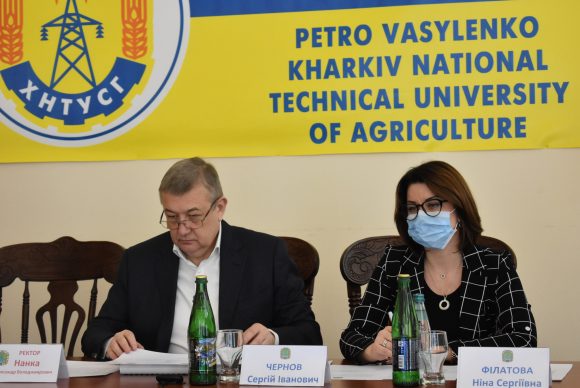 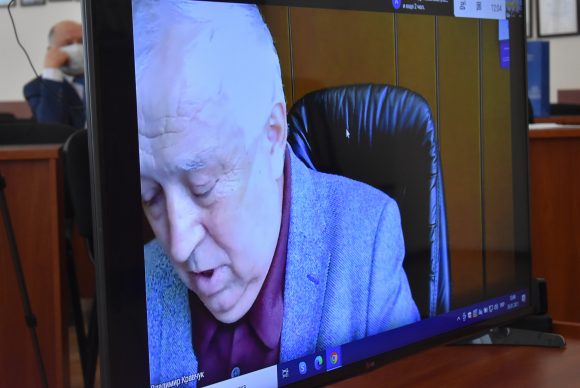 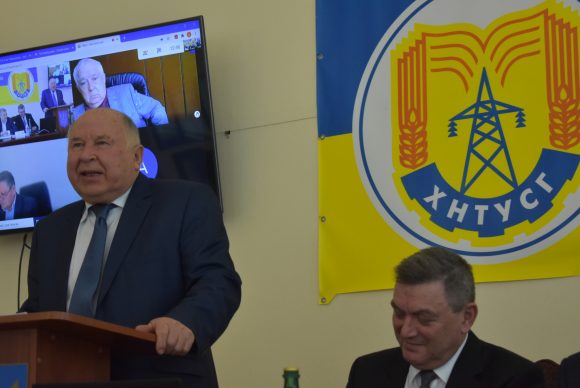 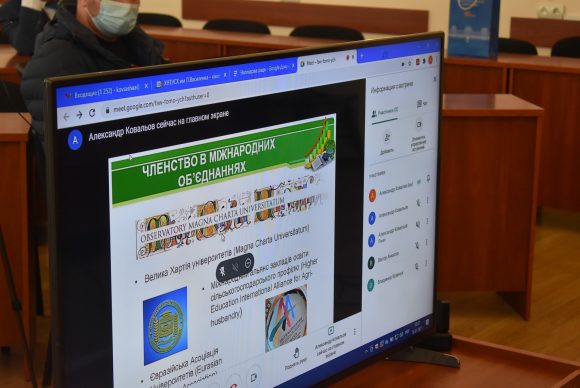 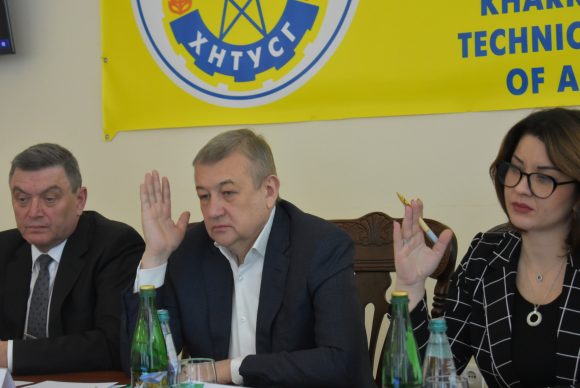 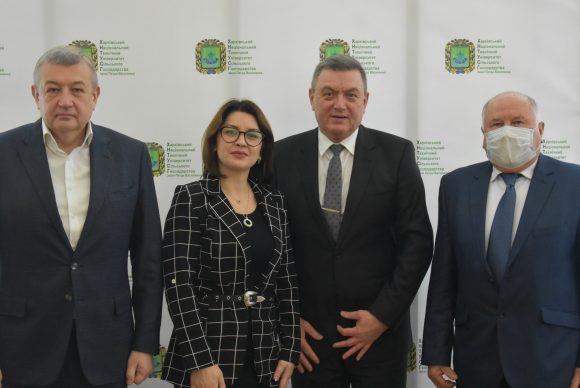 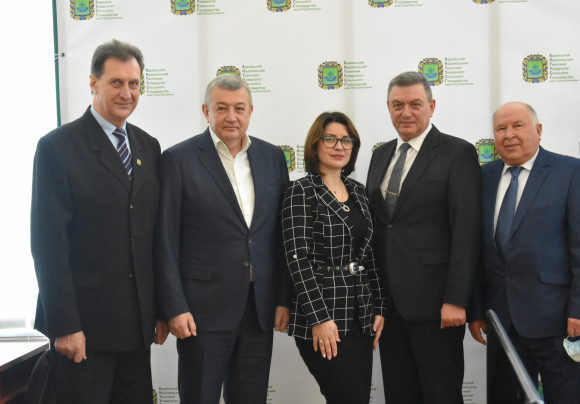 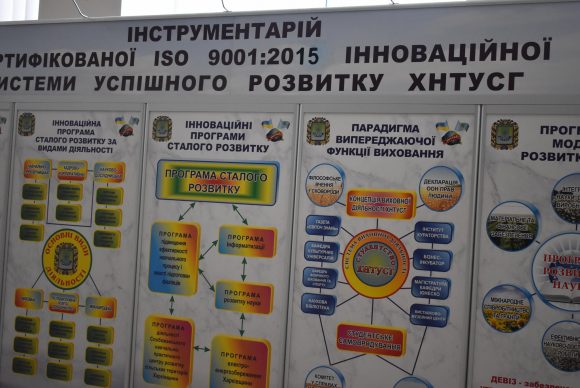 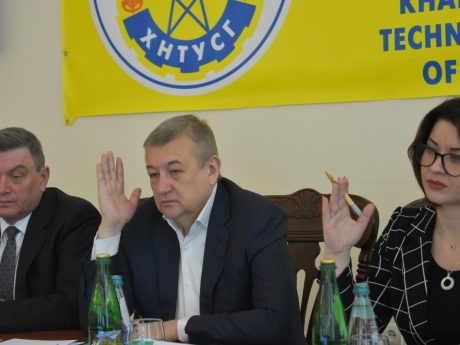