The rector of KhNTUA became an Excellence in Education

For a significant contribution to the development of education and science and on the occasion of the 60th anniversary of his birth, the Ministry of Education and Science of Ukraine awarded the rector of the Kharkiv National Technical University of Agriculture. P. Vasilenko OV Nanku with the badge “Excellence in Education”. Today Oleksandr Volodymyrovych was officially awarded this award.

The rector of KhNTUSG also received the Honorary Award of the National Academy of Agrarian Sciences of Ukraine and the Diploma of the Kharkiv City Council.

Today, friends, colleagues, and students of the university continued to greet O. Nanka’s happy anniversary and surprise him with his gifts and surprises. Photo report from the rector’s office in the MEDIA GALLERY section 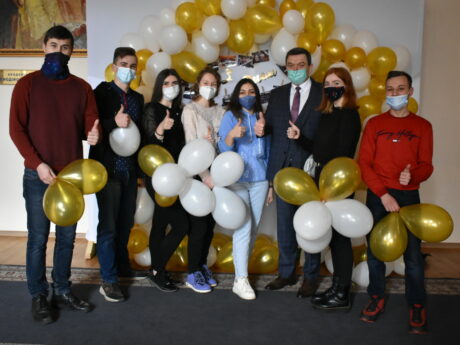