Landscaping on a scientific basis

The Educational and Scientific Institute of Mechatronics and Management Systems of KhNTUA undertook improvement of the territory and its gardening. Moreover, they approached this process very creatively.

Initially, the head of the laboratory of the Department of Optimization of Technological Systems. T. Yevsyukova Yu. Mishanov developed a 3D model of the territory and helped to form a plan of plantings. After that, students and teachers of the Institute of MMS under the guidance of the director prof. V. Vlasovets pruned trees, prepared the lawn for summer operation, and performed repair work on it according to all the rules of agricultural technology. In particular, they laid a lawn irrigation system and applied the required amount of mineral fertilizers.

It is very nice that our graduates joined the work on the landscaping of the territory of the institute. As a result, two alleys of red Canadian maples appeared in front of the institute. Our graduate R. Pryshchepa was a patron, who decided to leave a good memory. After all, the trees donated by him will live more than 200 years under favorable conditions. A beautiful and very symbolic gift to the 90th anniversary of the university!

Administration of the Institute of MMS. 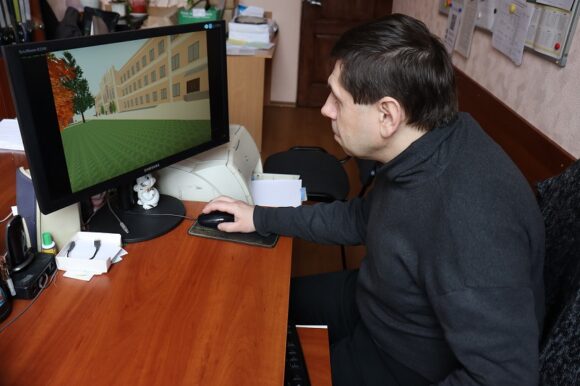 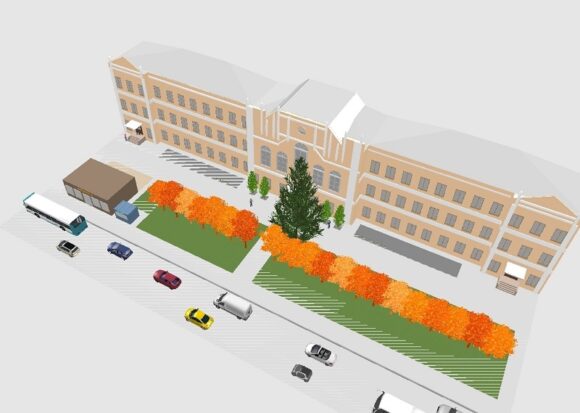 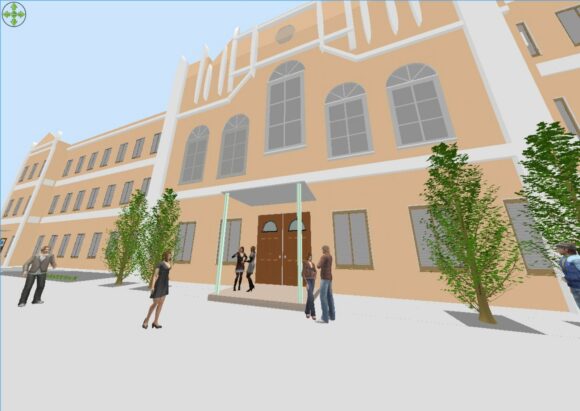 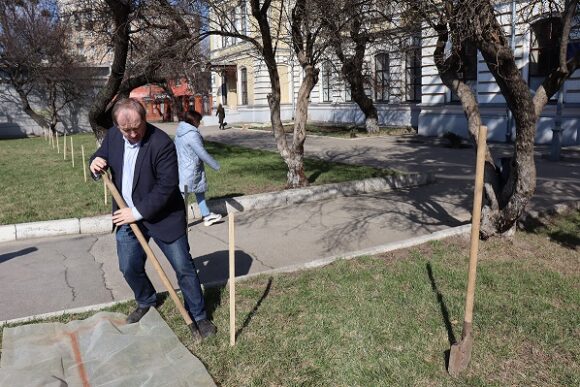 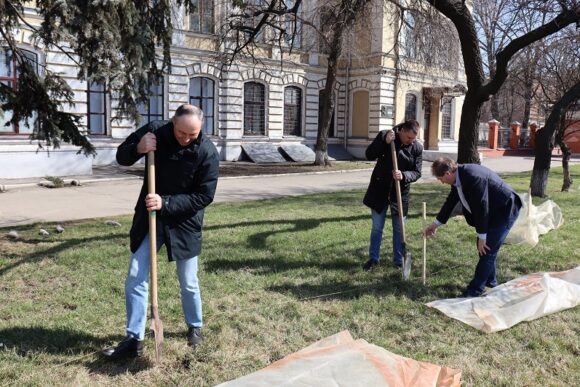 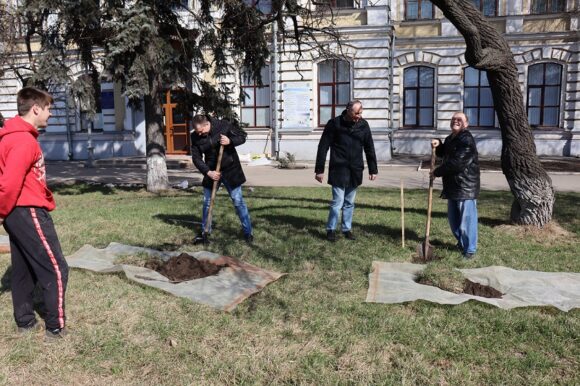 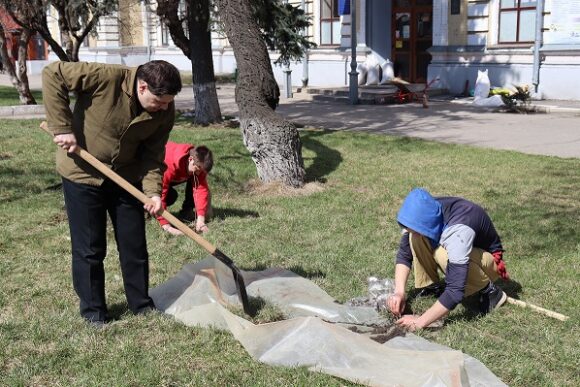 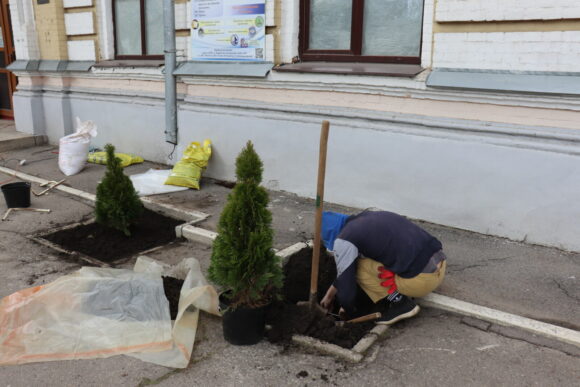 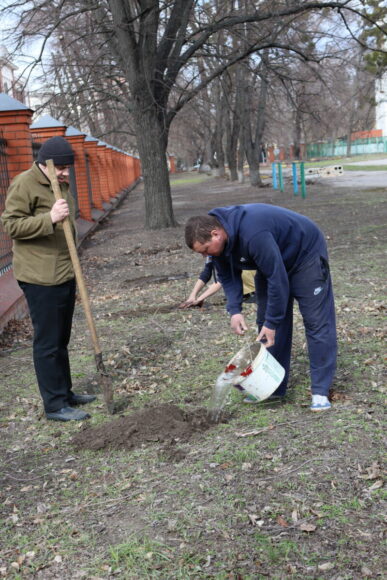 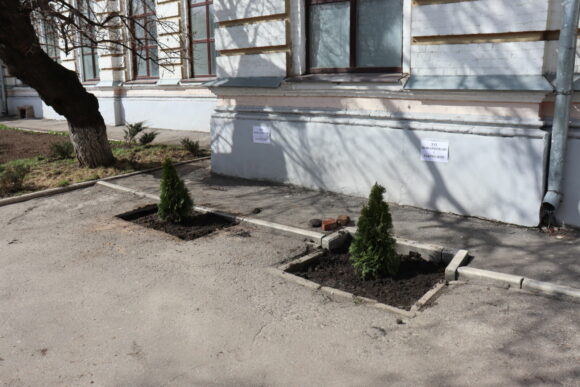 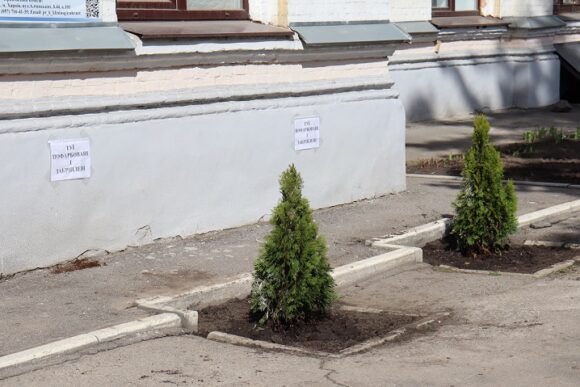 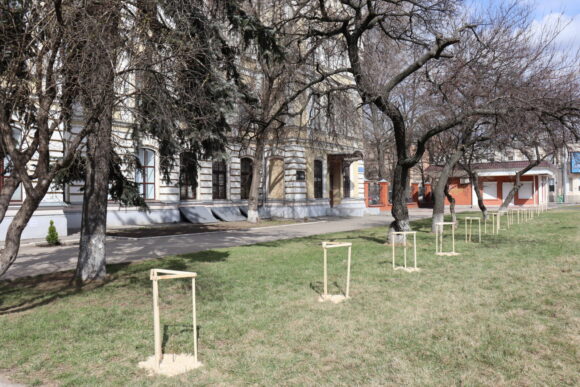 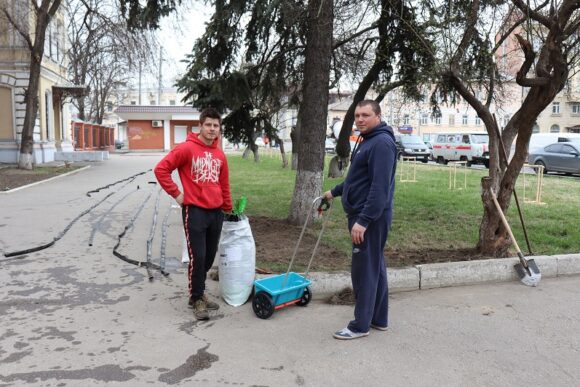 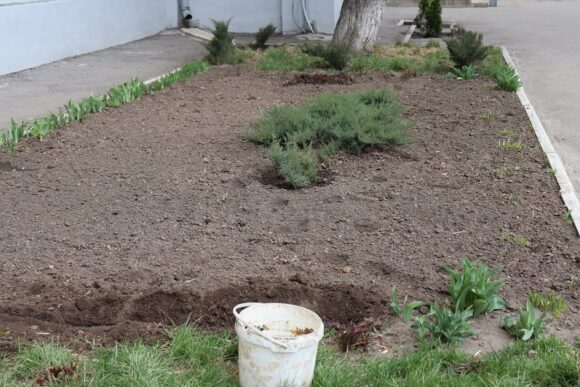 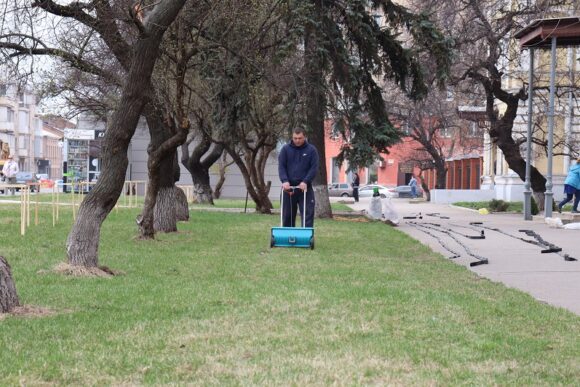 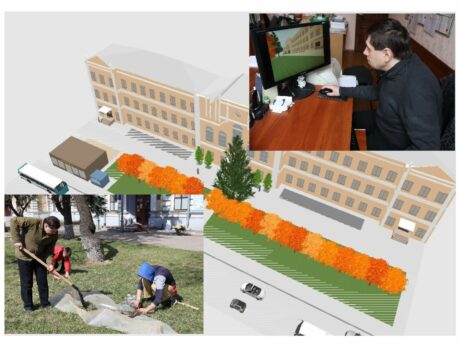