Is it easy to be a spectator?

Traditionally, the Department of Culture, Sports and Tourism introduces students with the city of Kharkiv, as a center of architectural grandeur, and as a center of theatrical art.

Today shows that humanity is becoming passive, little emotional people. This is a global problem that is already being voiced by culturologists and psychologists. It would seem that new technologies should open a new world to people! Instead, the virtual world absorbs people and they have no time to just live, love, laugh, and sympathize.

The world is changing and being interpreted. Today, the issue of humane treatment of oneself is acute. That is why theaters take the position of healing from indifference. That’s why they live perception of the actors’ acting on stage is so important to awakening a source of light!

Well-known film director O. Dovzhenko said: “Two look down – one sees the stars, and the other puddle…”

Is it easy to be a spectator? After all, everyone is watching, but few are seeing.

This is the whole secret. And it’s not easy to be a spectator. K. Stanislavskyi said: “Learn to look and see on stage, be able to respond to everything that surrounds you.” Ability to see… It seems this truth does not need proof, and yet, many spectators do not know how to “watch and see” events on stage, screen, etc ..

We will not challenge the truth: to write a novel, you need to have talent, to make a film, to write a book, you also need to have talent. And to understand a novel, to see a movie, a picture, a play, you also need talent. Thus, there is not only the talent of the artist, architect, director but also the talent of the spectator, ie the ability to see what the artist wanted to show in this work, to understand the idea.

This important task is always considered and implemented by teachers of the Department of Culture, Sports and Tourism.

Acquaintance with the theater begins long before the performance. Teachers talk about the rules of conduct, the history of the theater, and interesting facts in the production of this play. And then students will go to the theater prepared for the perception of great art. They will love theater all their lives and will pass this love on to their children.

And Stanislavskyi was right a thousand times, urging the audience to “see” the complex art. Konstantin Sergeevich himself had a wonderful talent for active perception. He was not only a brilliant director but also a brilliant spectator.

the Department of Culture, Sports and Tourism teaches young people talent! Talent to be a spectator!

Department of Culture, Sports and Tourism 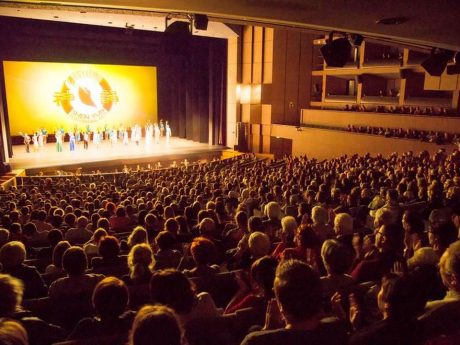