WHAT THE FIRST NEWSPAPER OF KHIMEА WROTE ABOUT

The beginning of 1931 for 2nd and 3rd-year students of the Kharkiv Institute of Mechanization and Electrification of Agriculture began with an order on industrial practice, which they had to pass in MTS and repair shops of the Tractor Center. The Soviet government was preparing for the “second Bolshevik spring,” which was threatened with disruption, including due to a lack of technical personnel. Therefore, on the instructions of party bodies and the leadership of the Tractor Center, KhIMEA students were thrown to help Soviet farms.

“Students should not get lost in the hustle and bustle of huge percussion work and focus on only one thing: either on internships or sowing campaigns. It is necessary to combine both – the rector of KhIMEA Shaposhnikov wrote on pages of the university newspaper. And the bureau of the party center and the Trade Union Committee of the University promulgated their order to the departing practitioners, which contained such instructions to each student of KhIMEA:

а) to organize and translate his practical work by the method of socialist competition with the workers of production and to be the first drummer in production, and in the same way to lead the last mass;

б) no absenteeism, the most careful attitude to the materials and jets and machines with which the student will work in practice;

в) KhIMEA intern must be the most active executor of the industrial financial plan of production and the organizer of the production mass around this issue;

г) the chemist must be a shooter in matters of bringing the plan to the machine, reducing costs and improving product quality, in advancing technical knowledge and the working masses and streamlining production…»

You can get acquainted with the electronic archive of the first newspaper KhIMEA on the university website in the section History of the university. 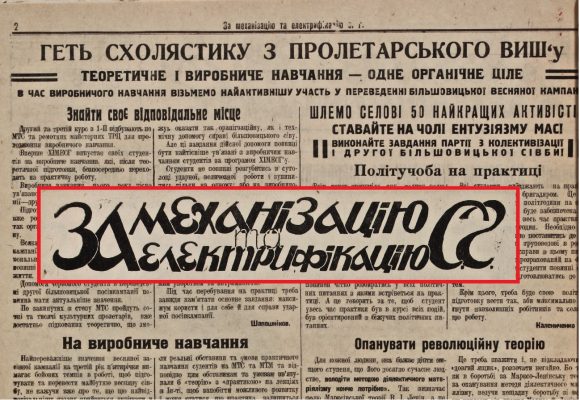 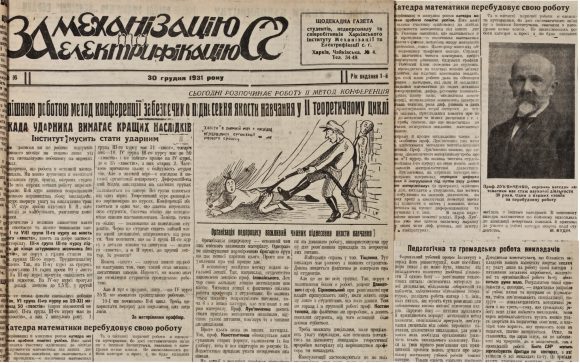