The journalist Alexander Sharikov told about them in the final issue of “Sports News”. In particular, he said that a pupil of the Kharkiv Sports Boarding Lyceum, and now a student of the Kharkiv Petro Vasylenko National Technical University of Agriculture Andriy Kulyk, became the vice-champion of Europe in Greco-Roman wrestling among athletes under 23 years old. At the championship, he won a silver medal and the well-deserved title of “Master of Sports of Ukraine of international class”.

Another representative of the Kharkiv sports school and a student of KhNTUA, 19-year-old Mykhailo Vyshnevetskyy, performed successfully. He competed in the weight category up to 130 kg and as a result of several fierce fights took 7th place. 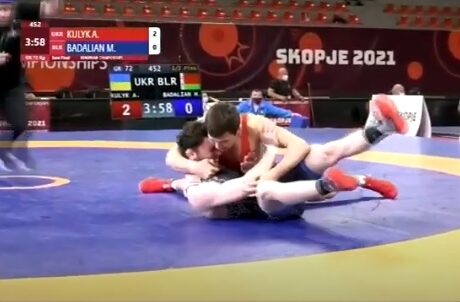