The main results of the admission campaign of 2021, ratings of specialties and institutions of higher education. These and other issues were discussed during the online briefing of the Minister of Education and Science of Ukraine Serhii Shkarlet on the topic: “Preliminary results of the introductory campaign 2021”.

“Despite the adaptive quarantine in force in Ukraine, the admission campaign took place in the usual time in a calm mode. This was facilitated not only by the organization of the high-level admission process by higher education institutions but also by the fact that this year the opportunities for submitting applications in electronic form were expanded. You can not only come in person to the admissions committee of the institution but also submit the relevant documents by e-mail with the imposition of the entrant’s CEP. Such innovations have significantly reduced the queues in the admissions committees and reduced the danger for both entrants and employees of higher education institutions, “said Sergei Shkarlet at the beginning of the briefing.

The main stage of the admission campaign has now been completed: on August 9, the enrollment of bachelors after the 11th grade in the budget form of education took place. More than 1.4 million electronic applications were submitted at all levels of professional higher education.

More than 1 million e-applications have been registered for bachelor’s and master’s degrees based on complete general secondary education. Almost 164 thousand entrants submitted electronic applications through the EDEBO system. Most applications are for legal, managerial, humanitarian, and IT specialties. According to the number of submitted applications, the rating also includes a pedagogical specialty – 014 “Secondary Education”.

The Minister said that for the first time in 2021, 43 entrants were able to study in private higher education institutions at the expense of the budget. Of these, 32 entrants submitted the original documents on time and were credited to the budget of these institutions.

This year, 77.2% of entrants received recommendations for places of state (regional) order according to the 1st and 2nd priorities, ie they had the opportunity to enter the most dreamed of free economic zones. 88.9% of entrants confirmed their intention to study on a budget.

At the same time, Serhiy Shkarlet emphasized that these are not final figures; In particular, enrollment in the contract form of education will last until November 30. And in September there will be additional recruitment for budget places for specialties that are provided with special support.

In addition, Minister Serhiy Shkarlet said that the Admission Campaign 2021 hotline, which received 5,000,375 calls, had been operating from June 29 to August 13, 2021, to help entrants and ensure proper control over the admission campaign.

Also, with the support of the Government Contact Center, a chatbot operated on the MES website – with its help, almost 16,000 consultations were provided by the Center’s employees and more than 11,000 chats were processed with the help of a bot. To provide prompt answers, it was possible to send questions to the e-mail vstup2021@mon.gov.ua – MES specialists processed more than 1 thousand appeals. During the introductory campaign, 1,757 appeals on admission issues were also received on the Government hotline by phone 1545 during the admission campaign via the “6” button.

Website of the Ministry of Education and Science of Ukraine 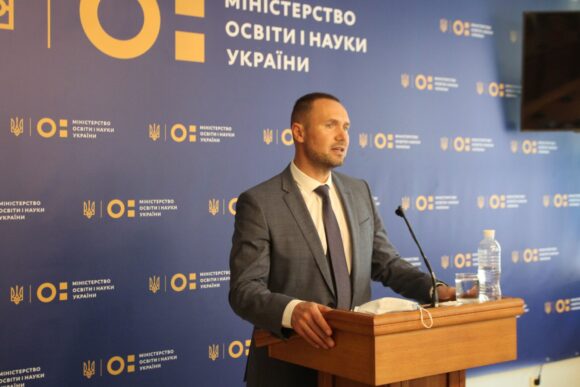 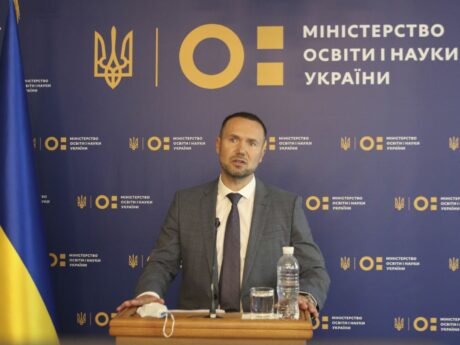